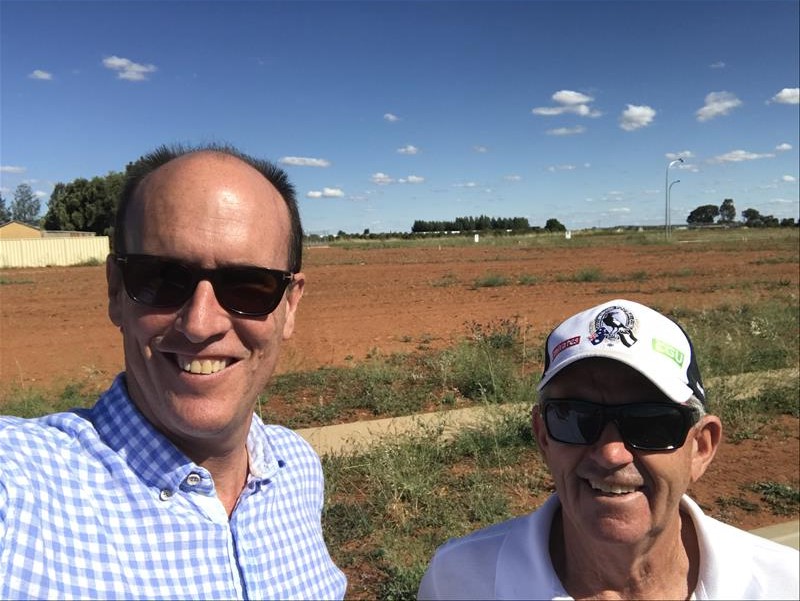 Terry has been a very active franchisee since joining group in July 2014.

He has found the iProx rapid estimating system has been particularly useful in saving time in creating professionally presented and accurate sales estimates for his business.

Richard and Terry looked at some recent upgrades to iProx and also undertook a tour of building sites in the area.

While training and franchise support is regularly conducted over the phone and using screen sharing and remote business meeting software, it also important to have face-to-face engagement.

In addition to the annual conference, Richard and other members of the franchise team such as Shane Hearps, Glenn Leet and Tim Martin, travel around the country to provide hands-on support and providing training.

Richard (left) and Terry (right) are pictured at the Willandra Gardens estate in South Griffith where Terry will build three new homes once the land is registered. Call for a confidential discussion with one of our highly qualified building franchise experts.